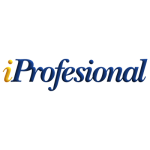 Wikipedia is one of the web sites with the most traffic in the world and when you search in Google, a reference to the mayor virtual encyclopedia appears many times as the first result.

The site has more than 37 million articles written in 284 languages that make this digital encyclopedia the main consultation product on the Internet.

The 400 million unique visitors that the encyclopedia registers each month, arrive there while searching for references about diverse topics of politics and economy but also about brands, companies, characters and products.

Facing these circumstances, it is clear that the visibility that Wikipedia offers is not a minor fact.

The encyclopedia, that registers an average of 3,000 consultations per second, is a mirror where even the most successful companies want to see themselves adequately reflected. The free, multilingual encyclopedia that is edited in a collaborative way has consolidated as a source of information, substituting web sites loaded with promotional material and “institutional advertising.” But Wikipedia’s success is surrounded by clouds of controversy  that exist regarding the accuracy of its content, that can be edited “practically” by “any person with access to the project.”

These cases of vandalism and dispositions from even Wikipedia, discourage businesses and organizations of editing their own articles. In addition, the encyclopedia prohibits editors of charging for their services.

Nevertheless, in some occasions, this information is not accurate or even false and can be published by competitors or unhappy ex-employees, with the reputation damages that this leads to even if the information is corrected. “If you’re not on Wikipedia, you don’t exist,” tells Alex Konanykhin to iProfessional, founder and president of WikiExperts, a service launched on Wikipedia’s 10th birthday created also by Jimmy Wales. This company published this month a study centered on the profiles of companies in the Fortune 500.

Despite the impact that Wikipedia’s visibility has on the value of a brand and the dealings of the biggest corporations, even the most experimented public relations organizations fail to manage their profiles on the popular platform, said Konanykhin to iProfessional.

The study highlights that 50 of the companies in the Fortune 500, including UnitedHealth, MetLife, Johnson Controls, Tech Data, Qualcomm, Office Depot, Symantec, Host Hotels & Resorts or Avaya, had the warning: “This article seems to have been written as an advertisement,” which weakens the profile’s credibility.

The complete research study (with the full list of reviewed companies) can be read here. Konanykhin, a russian entrepreneur, was in Buenos Aires, where he has commercial representatives of the company that offers services to businesses that wish to look out for their mentions on the digital encyclopedia used by hundreds of millions of users in the world.

WikiExperts is a network of contract writers that edit the content in Wikipedia based on the rules of this collaborative web site.

Although there are programs that detect errors or severe alterations, as well as librarians in charge of monitoring the profiles, “the reality is that there isn’t a team of professional experts on published material,” declared WikiExpert’s founder.

This company took advantage of this opportunity and offers their services of contract writers to all businesses or entities that meet Wikipedia’s requirements.

Konanykhin explained that his company extended their services to Latin America in Spanish, the language with the second most amount of users on Wikipedia.

How does WikiExpert’s services work? The company offers services of personalized article writing for the corporate sector, that meet Wikipedia’s requirements for their publication: format, veracity, feasibility, source support and objectivity.

It includes monitoring against possible cases of vandalism, and correct any intrusive modification.

In Argentina, they have legislative nationals that are up for the next elections as clients, as well as politicians, artists, major companies, vineyards and museums, although they refused to specify their names because Wikipedia’s editors will put their profiles under a magnifying glass.

The “Obamacare” and “shutdown” examples.

Silvina Moschini, Konanykhin’s partner, used the case of the so called “shutdown” as an example for iProfesional, the provisional closing of the government of the United States due to the negative of republicans to approve the budget.

The so called “Obamacare”, the presidential initiative to allow universal health access to millions of north americans, is the source of this institutional paralysis and an intense digital debate on Wikipedia.

From its beginning, promoters and detractors of the project understand that establishing their position on the virtual encyclopedia is equal to gaining great influence.

In that way, the entry about the Patient Protection and Affordable Care Act (the “Obamacare” law’s official name) transformed into a large article explained in 13,000 words and based on 363 sources.

The 1,400 users that were part of the article’s editing have invested 4,500 total hours in their lives. And for every word that the article contains, there were 7 others in its discussion page.

For Moschini, these editorial battles are representative of the role that Wikipedia plays as an opinion generator.

“The intense virtual battle to define the health reform seems to corroborate that Wikipedia’s protagonism exceeds the strict scientific or educational knowledge. The encyclopedia has become the most relevant forum of the 21st century, and because of that, in the ideal channel to express ideas and spread them to the quickness so characteristic of the times.”