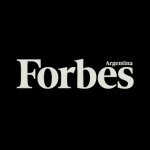 Guardians of the Reputation

According to PRSA, 80% of corporate profiles in Wikipedia have errors.

Incorrect or harmful information that has gone viral on the Internet can be so damaging for a company’s reputation that it may break the business. That’s how thinks Alex Konanykhin, a digital content analyst and consultant who created an efficient service to prevent and combat vandalism on Wikipedia, the world’s biggest encyclopedia, which has 37 million articles in 287 languages.

The uncontrollable magnitude of this combination of virtual documents gave this entrepreneur of Russian origins an idea which resulted in creation of an innovative and useful tool for big businesses to take care of their reputations and brands.

In 2006, Konanykhin saw the opportunity and did not let it go away. He started to offer corporate online reputation protection services to some of the clients of his TransparentBusiness company of 80 employees. This consultancy which monitors online productivity of freelancers and protects big businesses from overbilling, is the owner of the WikiExperts, the successful  three years old service, which is now the focus of its founder.

“We started working on this more than six years ago, when Wikipedia was still just a research resource for students. But in 2010 I noticed an increasing demand coming from my clients, which were being wronged, and that’s when I launched WikiExperts,” explained the CEO of the company which advises 40 new companies each month and expects to finish the year with billings over US$4 million.

Konanykhin has an unusual history. He was born 47 years ago in the city of Ostashkov, 400 kilometers from Moscow, but moved to the United States when he was 26 and the Soviet regime was about to collapse. For almost four years he was being persecuted by the agents of the former USSR until he finally was granted political asylum by Bill Clinton’s government.

When he first stepped on the American soil, Konanykhin thought that he would never be able to return to the country where he grew up, where his family still lived and the one who gave him the opportunity to build a thirty million dollar business - the Russian Exchange Bank. But all of that is already in the past for him. He claims to be focused on the future.

That must be why, when asked about his nationality, he responds without a hesitation that he’s an American and an Argentine by choice. He’s married, for the second time, with Silvina Moschini, a CNN’s commentator and digital social media analyst, who is also his partner in WikiExperts.

Konanykhin visited Buenos Aires for a few days and took advantage of the opportunity to see some potential clients. “I have a pair of multinational companies with headquarters in this country,” he answers in a faltering Spanish. Since his relocation to Miami, the Russian entrepreneur has made an effort to improve his Spanish, even though he speaks fluent English most of the time. It is the language in which he closes contracts with most of his clients: professionals, politicians, celebrities and businesses.

Today, WikiExperts is the star in his company. “It is a very important part of our revenues,” says the CEO of TransparentBusiness, who sees a global opportunity to increase the business even more. And the explanation is in the necessity. A recent report about the high vulnerability of big economic groups on the Internet, developed by The Public Relations Society of America (PRSA), reveals that 8 out of 10 corporate profiles have errors on Wikipedia. “Incorrect or malicious information that could be harmful to one’s reputation,” comments the expert.

With their own data obtained from constant monitoring on Wikipedia, WikiExperts complemented this study done by the PRSA. Konanykhin company discovered that at least one third of the 500 largest companies in the world have their profiles edited incorrectly. It is an image problem if you take into account that 90% of the Wikipedia articles rank between the first and fifth place in Google search results.

“Many companies spend millions of dollars in social media advertising but they lose sight of the online platform with the most impact on their reputation and visibility on the Internet,” adds the founder of WikiExperts, a company that employs 28 people.

The cost of this personalized service, administered in real time in 23 languages, is negotiated with each client. Similarly to large law firms, WikiExperts bills on hourly basis. “We normally bill US$150 per hour. The rate does not increase, but sometimes extra hours can be added,” says Konanykhin, and clarifies that the total cost that clients pay never exceeds 10% of their annual Advertising and Marketing budget.

“The companies don’t think of how much the damaged to their corporate reputation caused by bad viral information can cost them. They spend hundreds of millions of dollars in building their brands, making them prestigious and desirable. The value of our service is marginal,” he added.

WikiExperts doubled the number of its users during the last two years. It was an organic growth that did not require major efforts or advertising investments. “We haven’t worked to conquer new clients, we just ran ads in Google and in a handful of web websites,” says its founder, who recognizes that their exponential expansion has been due to mouth-to-mouth recommendations.

Right now, Konanykhin’s service caters the needs of companies in few industries, like in entertainment, sports, and technology. They also advise politicians and celebrities. But, according to the entrepreneur, there are many players in the global economic sector that need his help and haven’t realized it yet.